Mainstream "news" is viewed so skeptically nowadays, social media has become a source of trusted information. To detect the latest thrust of elite propaganda, see what's allowed to flourish in apparent grass-roots narratives. Popularity may be artificial.

Now that the cat's out of the bag about the global ruling cabal's child trafficking, pedophilia, slaves and Satanism, they of course can deflect justice by misrepresenting who's the root of evil. In my circles, the prevailing rage is toward "Zionists."


The leftist surge of rage toward Israel may not only be due to appalling treatment of Palestinian terrorists.


The deep-state cabal controls not just the military-industrial complex but the scapegoating of Jews.

Even some Jew-hating bigots perceive the Jewish race as patsies of the Jesuit Knights of Malta Illuminati.

Certainly Jews were patsies blamed for "killing Jesus." (Jesus, needless to say, was a Jew.)

Anti-Jew ethnic hatred taints the "truther" movement in the eyes of conventionally educated Western civilization. Those who spew bigotry are rightfully reviled in polite society. And anti-semitism may be conflated (with, for instance, "flat earth theory") to discredit all "tinfoil" researchers like me.

[David Icke never explains how Jews could have "funded the Holocaust" if
(as he claims) the Holocaust didn’t actually happen.]

"To learn who rules over you, simply find out who you are not allowed to criticise": that viral quote probably originated with Neo-Nazis and can be tested with cartoons of Mohammed. Free speech is the foundation of all human rights. How best to exploit anti-Semitism to destroy it? Answer: flood Western countries with a religion that vows to obliterate Jews.

Research Operation Paperclip to get a glimpse of Nazis in our shadow government. 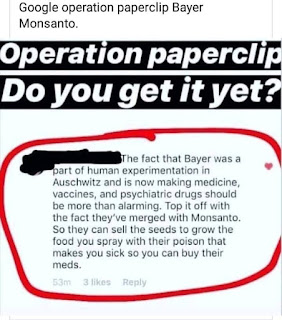 Nazis in USA are well documented: 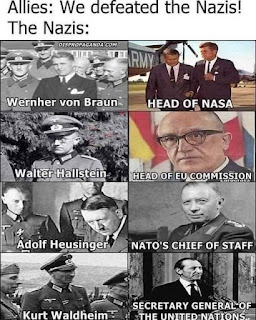 [The Big Lie: Exposing the Nazi Roots of the American Left]

.....and unless your eyes deceive you, you may speculate: 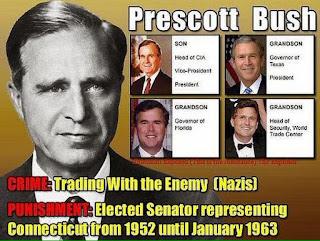 It doesn't matter if you believe there are Nazis in our Deep State; what matters is if they believe they're Fourth Reich standard bearers.

The Bush family's ties to Nazis are undisputed. But how deep were they really? 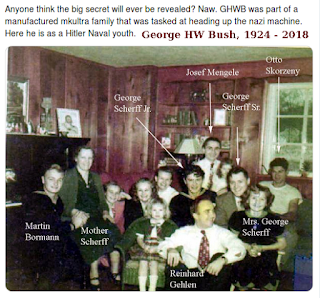 Why do my otherwise well-informed friends buy into anti-Jew bigotry?

It's an old story. The same Russia famous for pogrom massacres of Jewish villagers created the "Protocols of Zion" hoax in 1897; its primary aim was to target the Jews at the forefront of the Communist revolution that ultimately succeeded in 1917.

You don't need a close reading to detect the "Protocols" bias toward Christian monarchists:

"Protocols of the Elders of Zion....was actually an Illuminati document with Jewish elements added later for disinformation purposes." ~ Jim Marrs, The Rise of the Fourth Reich

Activists today are still fooled in their eagerness to blame Jews.


"They call themselves the Chosen People, so of course Jews treat gentiles as inhuman and are susceptible to Satanism" goes one argument. Yet every religion I've studied portrays itself as the One Truth and its adherents as superior. Mennonites, Jehovah's Witnesses, Mormons and other Christian sects -- for instance -- practice exclusion, yet that hardly proves bigotry. Judging an ethnic group by its most extreme gospel can shed a toxic light on anyone, even the Dalai Lama, Jesus or Mohammed. ("Chosen people" seems remarkably tame next to the motto, "Death to infidels.")

I've met several Satanists (that I know of) and a couple people from the cabal, and they expressed a significant (ie. probably average) antipathy toward Jews. MKUltra programmer Aquino glorified Nazis. Yet you think their puppetmasters are Jewish?

My own Jewish mother was (to my childhood mind) ruthless about the importance of education. We've all had an obnoxious Jewish classmate who was driven to excel. Yes, Jews have prominence in the media, but it may simply be the effect of IQ, cultural values, their historic exclusion from specific industries, and prohibition to land ownership in way-stations of the Diaspora. Of course hatred may blind you to that explanation, or to anti-Semitism. 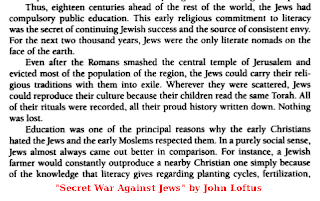 You may wonder how cabal whistleblowers can still be alive, for example Fiona Barnett, Ronald Bernard and Randal Turner. Why aren't they silenced or murdered? One hint may be that they demonize Jews.


Survivor Fiona Barnett identified her cult ritual abusers as Nazis and Jesuits; she said that her perpetrators hated Jews; yet she (possibly due to her fervent Christian beliefs) channels anti-Semitism into calling the Luciferian religion the "Synagogue of Satan."

(A disinfo operation can be termed a Limited Hangout or "controlled opposition.") 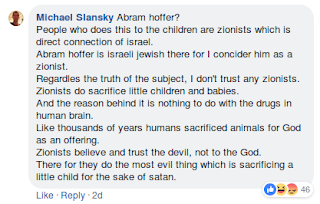 [ Fourth Reich is an economic rather than a military empire: Red House ]

Maybe you can twist your mind to believe that Israel is Saudi Arabia, Jews are Nazis, and ethnic hatred is enlightenment.

Do you ignore that the cry to "obliterate Israel because of Zionist extremists" echoes the Jihad that literally screams "Death to America" because USA is not filled with Muslim extremists?

Propaganda is as much misdirection as lies. Why ignore the Islamic tradition of "child brides" yet blame Jews for pedophilia?


Was the spotlight on the Vatican's encouragement of pedophiles too bright?

[Update: Top US Cardinal Accused of Multiple Sex Crimes Against Children: Cover Up]

The author VC Bestor is Director of the non-profit FangedWilds.org,
a project encouraging women to engage constructively with apex predators.

"Find the meat of the matter"
V.C Bestor on Twitter 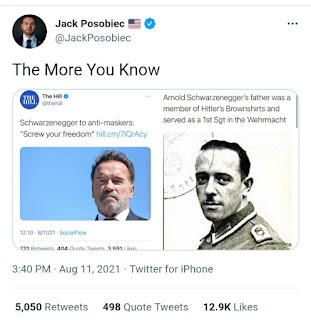 Former Governor of California Schwarzenegger's dad was a Nazi.
[US/CIA installs and arms Nazis in Ukraine] 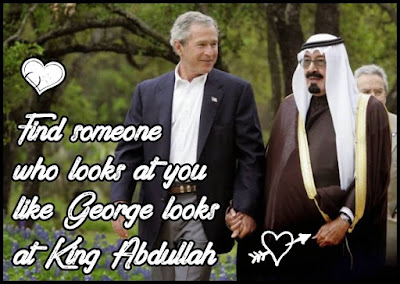 
Muslim hatred of Jews is integral to the Masonic/Templar/Nazi elites' use of Jihad to keep us terrorized and irrational.

[Nazis and Jihad: match made in Hell]
German/Muslim History

[Germany sending $300M in CASH to Islamic Republic of Iran]


[Wikileaks: 'Clinton campaign staffers conspired to attach either the “Jew” or “atheist" label to Bernie to sway “Southern Baptist peeps” to Hillary']

Investigator George Webb confirms the Vatican's link to the CIA: 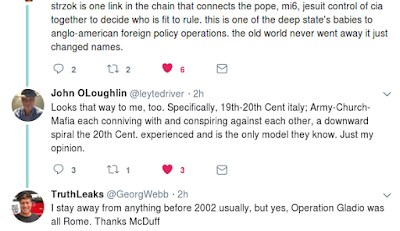 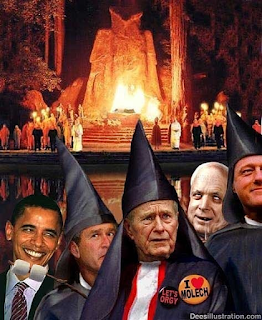 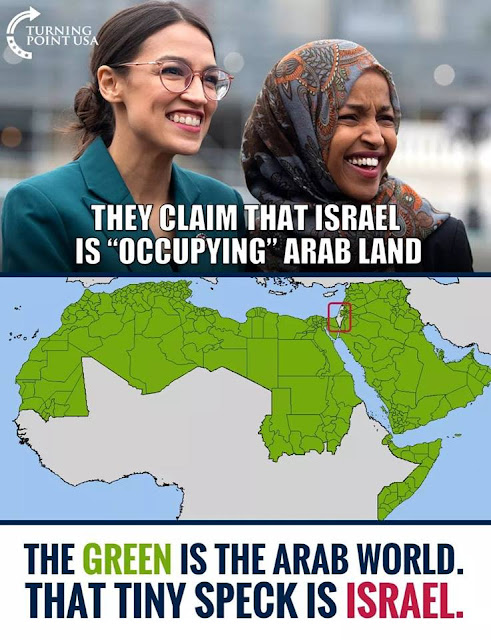