BERNERS & TRUMPERS UNITE! We have nothing to lose but Clinton

Remember how all Americans came together on 9/11? How we donated too much blood? What if we came together right now to save our vote from being stolen by corrupt politicians?

This moment is like no other. Conservatives and progressives alike have been victims of the same rigged media and tricks of "Crooked Hillary" and what I call the Clinton Mafia.

Are Trump supporters violent? That's the same story as when "Bernie Bros threw a chair." Lies like that not only justify excessive force used against us, they are the overture to a police state run by Hillary Clinton. She's even stooping to cyberwarfare against citizens like you & me.

She's ramping up a second Cold War with Russia in order to cover up her own crimes. She and Obama use our tax money to drone & drop bombs on places we may not even know exist, like Aleppo. I don't want my money used for that. My vote says STOP! But my vote is stripped and flipped. I may not share your strong opinion on the flag but I know thousands of people DIED for it and for our democracy. Let's all put aside our differences till we've stopped election fraud and restored democracy to USA. 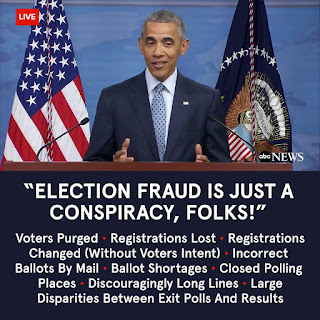 Crooks in government divide and conquer us with trigger issues like abortion, gay marriage, Black Lives Matter and guns. We will ALL have a lot more say on those issues if our votes aren't rendered worthless by those same crooks, and if pro-Clinton media stops censoring us.

Let's stop being their pawns. We need to unite on our common ground. We can fight LATER!
The time is now: NEVER HILLARY!

V.C. Bestor endorses the People and all other species. She's Director of FangedWilds.org
Twitter: @VCBestor
FWWP on Facebook