The Herd become the Hunters


I went to a retreat to teach a workshop on "Predators and our own Fierceness." Imagine yourself there with us sitting beside a mountain stream: you've indulged in hot tubs and much more bean salad than you'd ever eat at home. High above our group tower majestic fir trees punctuated by a raven's rude version of "Huh?"

We humans introduce ourselves around the circle. Then we break into pairs to play predator/prey. We're not allowed to hunt or use each other as food at this particular healing retreat center. But each person takes turns acting ferocious while their partner cowers. Someone has brought his little nephew Calvin, so a diminutive Tyrannosaurus Rex is represented in the melee.

Afterwards we discuss: what are predators? Have you seen any in the wild? One guy Russ had been on a safari where a lion stared at him as if to attack; the tourist averted his eyes and hunkered down in the open-sided Jeep, returning home to read that a lion in the same part of Africa had indeed just dragged a woman out of a safari-tour Jeep and killed her. "Lions don't like when you stare," Russ concluded.

At the end of the workshop, I posited that many politicians are predators consuming us. They take our tax money to make themselves more powerful, often killing us in the process (via Iraq, pollution, for-profit medicine, etc.) One way to look at the current election is that the herd has woken up and is STARING at the predators. Our immense herd stretching across America is stamping our hooves, conveying, "We can trample you bloodthirsty pack. You may kill some of us. But you're causing mass extinction, ruining the climate, poisoning our home and picking us off anyway." The predators are pretending we don't exist. Right now we're all weighing the odds of surviving what could become a bloodbath.

In this Primary, a solo hacker Guccifer2 has revealed crimes like racketeering that the ill-named Democratic Party perpetrated to cheat voters. We'd already seen that Voters' Registrations were altered to prevent votes for Bernie Sanders from being counted. Even beyond such voter suppression, Exit Polls and other evidence prove America's elections are rigged... with OUR MONEY.

I notice comfortable bourgeouis "progressives" now rationalizing their own inaction by telling each other "All politicians are criminals. That's normal." Such liberals are known as weasels.


Will you be weasels? Sheep? Or lions? 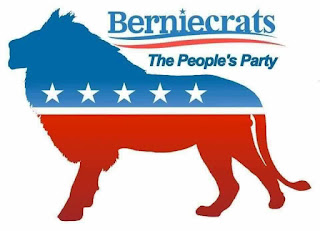 -- V.C. Bestor is Director of FangedWilds.org

@VCBestor (but promise you won't give Twitter your ad dollars!) 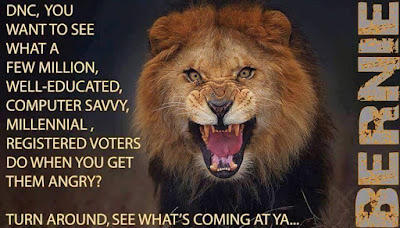 Who's on the People's version of Hillary's S#!T List?

[ November Update: Hillary lost and this is why ]

Did you feel a loss of innocence this election year? Not only do we see the Emperor naked, we see him dancing on a stripper pole... drone-killing children in our name... and promoting the Jabba the Hutt of corrupt politicians fracking our delicate planet.

What's a polite term for Hillary Clinton's S#!T List? At any rate, her Sh--List has been documented since her husband was President: I first read about it in the old insider novel about the Clintons, “Primary Colors.” Clintons keep track of who slights them (or licks their boots) to ensure what lawyers call Quid Pro Quo, although in the Clintons' case it's apparently “cross me and I'll f** you forever.”

Thanks to Hillary's campaign, We the People have inadvertently amassed our own Sh--List. Many of us started it when the establishment Democratic Party structured the primary debates to prevent anyone from actually seeing Bernie Sanders on television. “Who is this Debbie Wasserman Schultz, and why do I have to tune in at 4AM on a Sunday to get informed about the candidates?” CNN and MSNBC were next on our list when we saw how biased their affiliated debate moderators were. “Rachel Maddow used to be progressive, and now she's a shameless reactionary corporate shill,” we noticed. 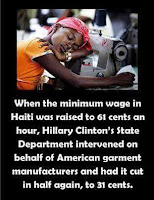 Organizations we'd respected lined up to compete for the Credibility Lost prize. "Human Rights Campaign" endorsed Clinton even though she'd been the last moderate in America to condone gay marriage, never mind her admiration for Nancy Reagan's attitude toward AIDS victims which was, “Let them die.” 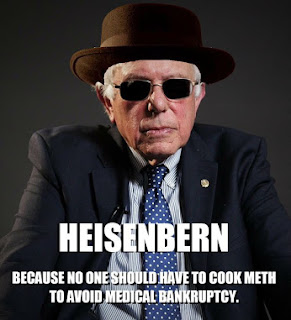 And also Clinton is an abortion of feminism. Yet feminists like Gloria Steinem pretended Clinton was accomplishing something for women beyond being USA's Margaret Thatcher-Lite. For the record, #ImWithHer, it isn't feminist to shriek “sexism” when Bernie looks side-eyed at a lying politician. Nor is it feminist to supply bombs (in exchange for cash to the Clinton Foundation) to Saudi Arabia, a despotic kingdom known for imprisoning women for driving a car. [Side note: Madeleine Albright has a special place in Hell.]

Bernie Sanders has been a Civil-Rights hero since 1963; Rep. John Lewis disgraced his own legacy to swiftboat Bernie & sell out to corporate masters.


George Clooney fundraises for Clinton, fully aware that buying government influence at $353 Thousand a pop is obscene. Does Clooney care that cash like that is apparently buying not just the election, but election fraud?

[Stampede Money out of Politics]

It's easy to point at transgressions. But can you prove the absence of something? Mainstream media sure did. The “BernieBlackout” rolled over America as if the power grid only lit up for the economic 1%. New York Times avoided his name except to smear him, even editing a published article; we got a screengrab of the before-and-after. NYTimes paved the way for spin and outright lies to become normal “journalism.” Washington Post (owned by Jeff Bezos of Amazon.com) became a laughingstock when they published sixteen anti-Sanders hit-pieces in sixteen hours. Even British news sources BBC and the Guardian vied to maintain the status quo for income inequality and social injustice by deleting any positive reflections on Bernie, so by the time he was invited to speak at the Vatican, his supporters were used to scrambling to get the real story online from working-class rags like the UK's Daily Mail. Most shocking/not-shocking was that PBS & NPR (Public Broadcasting System & National Public Radio) are in the pocket of the rich and are not actually public at all, unless by “public” you mean “puppeted by the Koch Brothers and pushing oligarchy in between greenwashed puff pieces.”

Truly surprising was you and me getting censored by Twitter. “Why isn't my tweet in my friend's feed?” It's chillingly personal when corporate suffocation of my voice is proven by a blank screenshot. Twitter Corporation is owned (and pwned) by millionaires who support #WhichHillary and #WhichHillaryCensored and #TwitterCensorship.


[Even Snopes is manufacturing propaganda for the DNC]


[Side note: if you now want to bing what DuckDuckGo is, yahoo!!!]

Yes, Democrats are no longer "good guys." It was like blue icing on a cake: "Unite Blue" became a trolls' and bot's cry to blue-wash election fraud. Ask a blue careerist about rigged voting machines and they'll shriek either "tinfoil hats" or distract with a smoke-bomb of "TRUMP!TRUMP!TRUMP!TRUMP!" 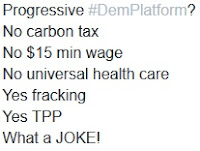 Spineless politicians like Ron Wyden endorsed Clinton even though a majority of his constituents voted Sanders. Wall-Street reformer Elizabeth Warren destroyed her reputation by endorsing Wall Street's most craven enabler, Hillary Goldman Sachs. In related news, Nevada-Convention bully Barbara Boxer “fears for her life” while she flips us off. Nancy Pelosi is scum. Jerry Brown, bite me. Howard Dean sucks, whereas Barney Frank, you blow.

Do citizens of America get respect when we stand up for democracy? We're trying to return some dignity and even integrity to the government for which we pay with our tax dollars. Yet even progressive entertainers like John Oliver, Stephen Colbert and BillMaher see fit to take cheap shots and kick “the little people” while we're down. They patronize us? I no longer patronize their shows. Enough is enuf.

Thank you, HEROES! You are champions of human decency!


[To any spineless, lukewarm fence-sitters who stay silent while democracy's murdered in our country: we   SEE you.]

Back now to traitors and slime. To summarize, please boycott: 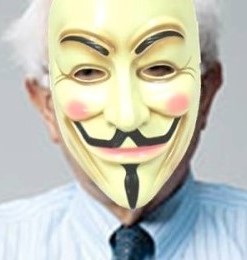 Besides boycotting the above, what do I think is the next step? Fight shit with shit.

V.C. Bestor endorses the People and all other species. She's Director of FangedWilds.org

@VCBestor (but promise you won't give Twitter your ad dollars!) 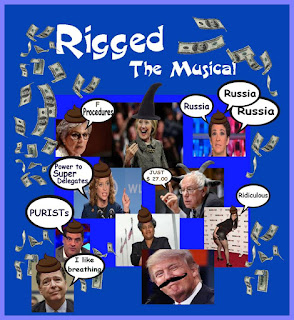