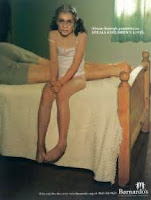 Top levels of our "law enforcement" use children to compromise powerbrokers: recording an act of pedophilia is a classic method of blackmailing and controling government officials and celebrities. It's called Brownstoning because an invitation to an unremarkable, respectable-looking New York Brownstone building tricked a target into feeling at ease. They may then be drugged and filmed with a child sex-abuse victim.
This human trafficking is the lifeblood of corruption in America.

A new whistleblower named Alex has come to the attention of investigative journalist George Webb. Alex worked at Space and Naval Warfare Systems (SPAWAR) and says there's corruption "to the rafters!" When he tried to report it, he became a target to be silenced via Brownstone ops.

Alex also reported to members of Congress like Feinstein and Grassley who now "run" when they see him. Many whistleblowers are turning to citizens like you and me to get the word out. Thanks for your help!

VIDEO:
(below)
The author VC Bestor is Director of the non-profit FangedWilds.org.
She taught sex-abuse awareness to kids in Portland, Oregon area schools for five years.
"Find the meat of the matter"
V.C Bestor on Twitter

Former FBI Director James Comey lied by claiming that ISIS shooter was a ‘needle in a haystack': FBI incited the attack
Posted by VC Bestor at 7:09 AM No comments:


Imagine stumbling across a bizarre Youtube video, seeing yourself in the video, and saying, “WTF? That’s ME!” If you’re a victim of CIA trauma-based mind control, your next question is, “Which of my programmed hidden identities did they use for that?” 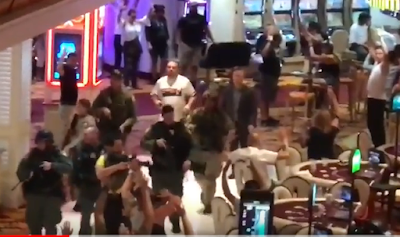 Like many of us, my friend Randal Turner saw the makeshift video that shows seven gunmen walking through the Tropicana Hotel/Casino. While it purportedly dated from the Las Vegas mass shooting of October 1, Turner contacted employees of the Tropicana and they confirmed: the video is not from 2017 after all. “I spoke with three employees and one executive who said it did not happen since the hotel was purchased in 2015. One employee said it happened over twelve years ago; she heard about it but it was before her time.”

Maybe it's just more of the Vegas-shooting cover up? The tubby guy in the white T-shirt and red/orange sneakers in the video is supposedly a Tropicana security guard named Jason Buff on Oct. 1, 2017. If that were true – or it were a drill – the exec at Tropicana would have known about it from surveillance footage. And surely weapons wouldn’t be pointed directly at civilians. Instead, my impression is of a motley jumble of military, sheriff and police uniforms pulling off a scam of some sort.


Why are there no pit boss or dealers at the tables? One Reddit comment: "Something about the video seems very off. It doesn't seem to fit the narrative we've been given, the civvies in the room do not seem to be aware of any [Las Vegas shooting] situation at all, and the posture of the armed men is not consistent with each other."

Someone else commented on "the way they are moving along almost tripping over each other, pointing the weapons at the people. The way they enter without announcing that they are police and making no effort to calm people. The very opposite in fact. These are not police. I have doubts that they are even security.﻿"


I asked Randy Turner if the video could have triggered a memory from a deceptively similar event: our ruling deep-state cabal apparently used Randy’s splintered personalities for a variety of operations.


“Why would I take the chance, claiming I was in the video if I wasn't sure it's me?" Randy insists, "I am the guy who keeps turning around. It's my alternate [personality] Anton. I’m yelling, ‘Hands up.’ The other men and the woman holding weapons in the video are not Vegas cops. I know who a few of them might be but can’t give names until I'm sure.” 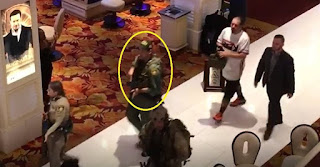 “I think they were all doped up, either on Adrenochrome or Devil's Breath. Towards the end of the video you can see I'm becoming almost dazed but keep going. I remember a lot of it and the feeling. I think we robbed the Saudi king, and that guy following us [in the red sneakers] is his son.” 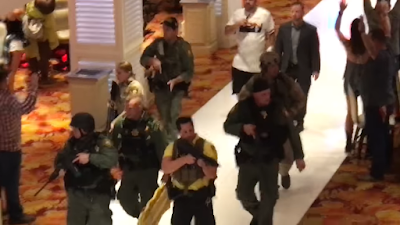 It’s obviously conjecture. But Randy Turner recalls that they were originally dressed as medics called to the hotel. "We hid the weapons in a cart. Our uniforms and backpacks were wrapped in the stretcher. We changed one floor below the floor occupied by the Saudi King or Prince and robbed him, taking his son as a hostage until we were out the front door. I looked back at him to make sure he did not try to run off." FBI’s Andrew McCabe could even be involved. “McCabe sure reminds me of the guy I recall talking to in the hotel room before we went down to the lobby, only he was a lot younger. If those armed people were who I think they were, they were all drugged like me and it happened in the late 80s - early 90s. The video could be altered. It is also possible this happened right after the hotel improvements were made in 2011-12.”

Randy adds, "As you know from the email confirmation the exec at Tropicana sent me stating the video was not made since it was purchased in 2015 and the phone conversation with employees who say it didn't happen since they worked at the Tropicana and would have been told about it. The fact that a wall poster shows a magician who headlined during the time of the shooting indicates the video has been edited just like NBC edited one of the videos from the Reagan shooting (they added a mask overlay on my face..... I was shown how they did it.) This video could have had similar things done. Odd how no pit boss or dealers are at the table/ maybe they had to edit them out but couldn't use current employees." Imagine the types of things that Deep State would do to cover up a magnitude of crimes such as they've perpetrated against MKUltra victims like Randal Turner.


“When it was all done, I think it turned out to be a double-cross against the CIA and the [Bush/Clinton] Cabal. The Saudi prince claimed one of the CIA's own agents robbed him. If the Saudis were part of the scam, they only pretended to be scared. I recall that, at the end, the guy in the yellow shirt and the woman had a gun pointed at me to force me out of a Jeep, leaving me on the side of the road." Incriminating acts served to silence Randy, "to keep me from exposing the truth."

Randy Turner seems confused so it’s important to review: a news photo proves that he was disguised, at age sixteen, for the false-flag (MKUltra patsy) shooting of President Reagan.
You can see him inside the patrol car, reaching over to lock the door that the media claimed had a broken lock.

Disturbingly, part of CIA's mind-control program is "doubling," repeating events to confuse drugged MKUltra victims' recollections. The mind-control drugs hinder one’s ability to form memories as well as to retrieve them. However, somehow Randy's brain is managing to reconstruct his shocking past. 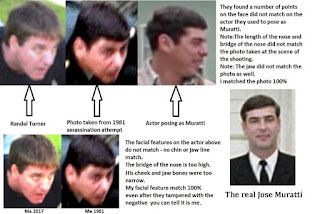 And I personally have talked with a (frightened) witness affiliated with the cabal who attests to Randy’s MKUltra history and celebrity ties.


Randy wants justice.
He says, “My life was destroyed by evil.”

I try to give him pep talks. “You are ALIVE, not destroyed. You have the choice to BEAT evil by learning to focus on GOOD. Your soul is worth any money they stole and MORE. Your spirit is a role model for other victims like you. Think of how you inspired [the aforementioned cabal witness] to take one tiny step forward... and who knows what in the future? True strength is inspiring others to vanquish evil, not to succumb to it. Your soul is waking from a nightmare and learning to see goodness.”

Randal Turner remains traumatized and pessimistic. “If they use [Angelina Jolie], they can get my alternate [Anton personality] to do or say just about anything to protect her. They used Angie [Jolie] to program me. They made me take the blame for crimes they were responsible for. If the court transcripts still exist, they make me look bad when in reality I was programmed. It's the same way they got me to forgive everybody and let them keep my money. My life has been nothing but being tortured, framed and punished because I went against the Satanists. Nobody will believe the truth and, to be honest, I think the United States is filled with Satanists pretending to be good, hiding in plain sight.” 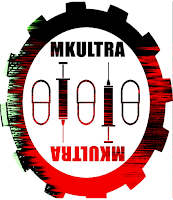 I asked Randy, “Why are you still alive?” I speculated, “I bet the scum (cabal) use you for their infighting in some way. They may threaten each other with you as a possible assassin! Crazy... but it explains why they didn't force plastic surgery on you.” And I bet the cabal has sex videos of Randy compromising people; those would be more powerful as blackmail if he’s alive to admit they're genuine.

If you lived through 9/11/2001, you too are a victim of CIA's trauma-based mind control. Covert insiders perpetrated “September 11” in order to keep us fearful, to justify invading Iraq and to impose the so-called Patriot Act to spy on Americans. How could insiders get away with such an enormous hoax? There is evidently an army of MKUltra-programmed slaves covering up that false flag while perpetrating new ones. Randy says, "Obama was one of the teenagers used at the White House like me. His Grandfather was part of their secret society.﻿"

The bizarre little Tropicana video may be a microcosm of our country.

The author VC Bestor is
Director of the non-profit
FangedWilds.org,

a project encouraging women to engage constructively with apex predators.
"Find the meat of the matter"
V.C Bestor on Twitter