Ronald Bernard is a Dutch financial wizard who worked at the most secret level of global currency traffic. When he launched his career, he was warned to "put your conscience in the deep freeze." Little did he know that was an understatement.

"You get so deep in these circles. ...I was trusted by the people playing at that level. To put it tactfully, most of those people follow a fringe religion. ...For them, it's truth and reality, and they served something immaterial that they called Lucifer."

..."It just amused me. ...Then at some point I was invited to participate in sacrifices. Abroad.

"That was the breaking point. Children."

Young people's blood is consumed for its anti-aging properties. But this may make more sense to you as a blackmail control system of power brokers.

Please do your own research on #Pedogate & #Pizzagate.

Of secret services like FBI and CIA, Bernard says, "You think they are there to serve and protect a people, country, et cetera. But they actually turn out to be criminal organizations, in fact heavily so. We're talking about financing wars, creating wars.... Secret services will stop at nothing.... They're trading in drugs, weapons, or for that matter, people.... all of them. All of them."

Roland Bernard knows because he did their finances. He risks his life to expose global Deep State "government's" vicious crimes. Of course there's evidence that the elite satanic cabal is using him as a "limited hangout" to misdirect the ultimate blame to the hoax "Protocols of Zion." 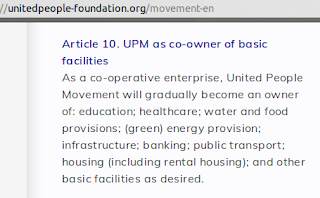 The author VC Bestor is Director of the non-profit
FangedWilds.org,

a project encouraging women to engage constructively with apex predators.
"Find the meat of the matter" 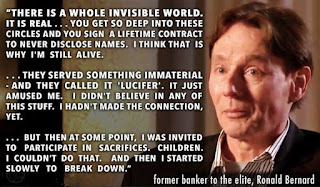